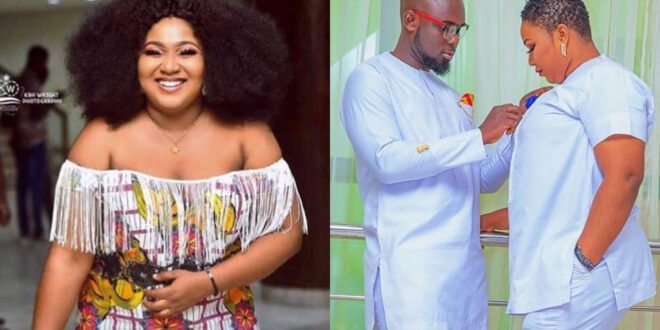 Ghanaian actress Xandy Kamel has shockingly revealed that she does not trust her husband, Nana Kwaku Mensah Kaninja.

speaking in an interview with Ola Michael, the actress claims she does not trust her husband to the percentage of 100.

Xandy Kamel claims her husband is aware that she does not trust her up to 100 percent saying she trusts her husband in just 80 percent.

she also claimed she does not trust herself up to hundred percent.

the actress further stated that before she got married to her husband, there were some guys who admired her and wanted to date her and she believes her husband also had the likewise experience.

below is a part of her interview;