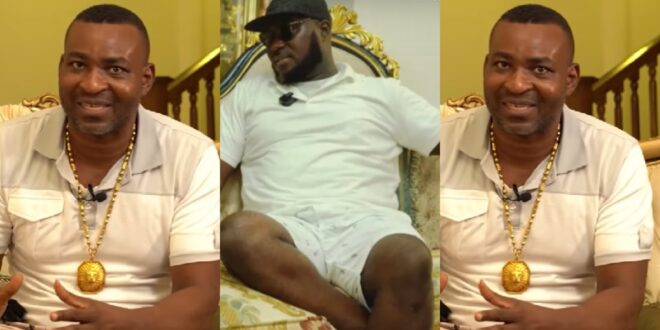 When addressing during the party’s annual delegate’s congress in Kumasi, Bernard Antwi Boasiako nicknamed Chairman Wontumi, the Ashanti Regional Chairman of the New Patriotic Party (NPP), declared Ghana is better than the United Kingdom and the United States of America.

In an interview with ZionFelix, Sly responded by saying that Chairman Wontumi should have been slapped for spouting rubbish. He made it clear that his remark was below the belt.

According to the Ghanaian actor, the NPP targets around 92% of Ashantis because of their strong support for the party. He went on to say that they believe Ashantis will vote for them regardless of what they do.

Read Also  Confirmed: Photos of newborn babies sleeping on plastic chairs is not Ghana but Uganda