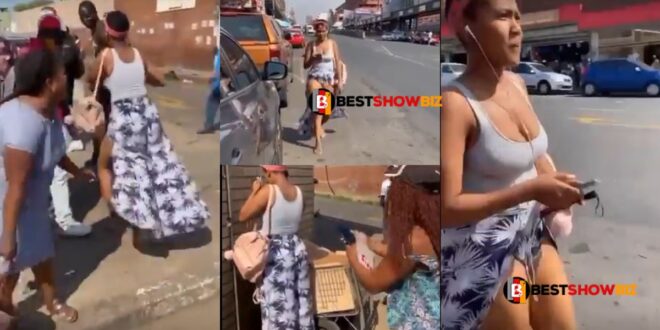 A video circulating on social media depicts a woman’s embarrassment when she walks out in a skirt.

Before leaving her house, she presumably thought to herself, “What I am wearing is just an outfit, there is nothing wrong with it,” but little did she realize it would put her in hot water.

People can be heard verbally harassing her, calling her names, and taunting her in the video.

The lady originally appeared unconcerned, but soon became enraged and worried that she would be beaten by the mob.

The mob’s behavior is both reprehensible and illegal.

Take a peek at the video below for more information.