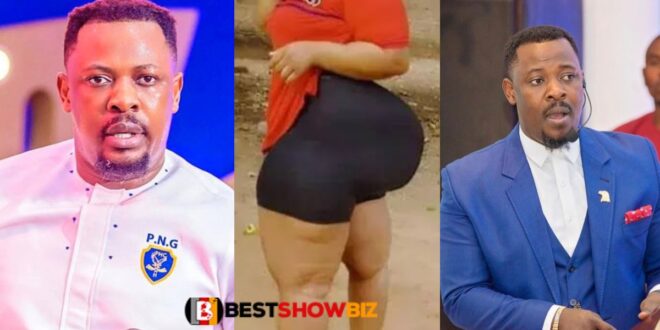 Because of the God he symbolizes and the image of the church he serves, many have claimed that consuming alcohol and womanizing are terrible habits for a man of God.

Some argue that it does not necessarily count because men of God are just like everyone else and should not be evaluated any differently.

In an interview with YEN TV, a Ghana-based Prophet, Nigel Gaisie, presented his views on the problem in an attempt to answer the doubts on people’s minds and to clear the matter once and for all.

The following are the statements of the True Word Fire Prophetic Ministry’s Head Pastor and Founder:

“Every mortal vessel has a weakness, what makes a man of God fake is when he changes his covenant. If that man of God does not preach Jesus anymore, that is what makes him fake.”

“If you say that alcohol is wrong, then condemn David, because David was a chronic drunkard and womanizer,” he added.