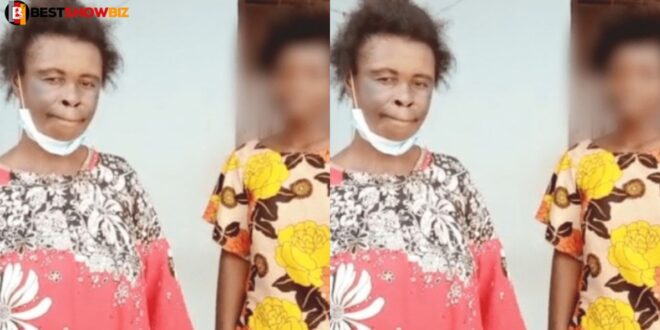 A mother has been sentenced to six years in prison for stealing a baby in Kumasi, the capital of the Ashanti Region.

Theresa Asamoah, 45, stole the baby alongside her 21-year-old daughter, Priscilla Appiah, who was given bail of GHS100,000 with three sureties.

On June 10, 2019, the two were detained by police for stealing the infant of a head potter (Kayayo girl) named Sylvia Pime at the Kumasi South Hospital.

They stole the baby and told Slyvia Pime, who was living with them at the time, that her baby died during childbirth.

Priscilla Appiah, who was claiming to be pregnant at the time, kept the kid and pretended to her husband that she had given birth.

They sacked Sylvia from their home in 2019 after convincing her that her baby died after delivery.

She left Kumasi for her homeland of Nandom in the Upper West Region, only to return two years later after learning that the baby had not died at delivery.

Sylvia Pime came to Kumasi in order to face Theresa Asamoah and Priscilla Appiah, but they fled to Accra.

After a formal complaint was filed, the Domestic Violence and Victims Support Unit (DOVSU) was able to hunt them down.

“We got information that some people stole a child at birth from a kayayoo girl in the year 2019 and the kayayoo girl was abandoned to go without the baby, so when the girl got information that her baby wasn’t dead after all as she was told by these alleged thieves of the baby, then she returned to their house to find out. They relocated to Accra and she came to inform us, then we traced to Accra and picked the two who condoned and connived and stole the child and brought them here together with the baby for investigations,”

“The culprit admitted the offense in their statement and we have processed them. The baby has been kept at a temporary shelter pending investigations and trial of the case. The mother of the baby is in town now, but the baby is at the shelter because the baby is more or less an exhibit for us, so we need to find a place and keep the baby until the court probably tries the case and at its own discretion give orders as to what the state should do to the baby whether to return to the mother or otherwise,”.