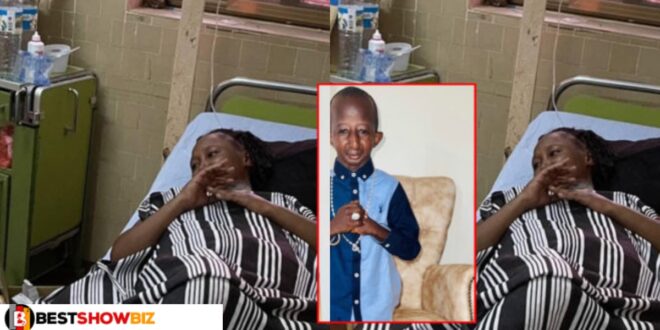 Woman rἅped to death by doctor while receiving treatment in a Hospital; Grand P reacts to sad report

Grand P, a diminutive Guinean musician, has expressed his grief over the death of a woman in Tunisia.

Grand P claims that the said woman, identified as M’mah Sylla, died as a result of a tragic incident involving a doctor who forced his way into her honeypot.

The rape allegedly occurred in a clinic in Guinea’s capital, and the victim was taken to Tunisia for treatment, but sadly died there.

“It is with great emotion that I learn of the death of M’mah Sylla, the woman who was raped by so-called doctors in a clinic in the outskirts of Conakry, who died in Tunis after undergoing a 7th surgery. In a great loss, I offer my condolences to the family and pray to Almighty Allah that the deceased goes to heaven” Grandpa Wrote

Read Also  “When I Was Young, Girls Didn’t Love Me, Now My Money Command” – Kennedy Agyapong

Following his condolences to the family, Grand P urged the various authorities to conduct an immediate and thorough investigation into the incident and bring the perpetrators to justice.

“I was in this lady’s bed in Conakry before she left for Tunisia for treatment. I call on the Guinean authorities to take all measures to ensure that the culprits are held accountable..” He reached a conclusion.