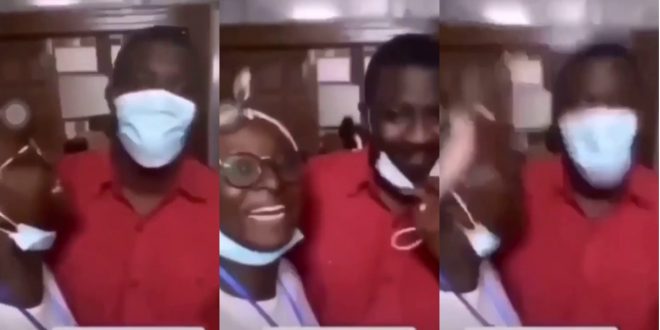 A video of a woman believed to be closely related to John Dumelo, making fun of the actor after his loss in the race for the Parliamentary seat for the Ayawaso West Constituency has surfaced on social media.

Meanwhile, this yet to be identified woman seems not to be sympathetic with the actor. In the said video, she could be seen with John Dumelo as she teased him. The woman said to the face of John Dumelo that he has lost whilst laughing uncontrollably.