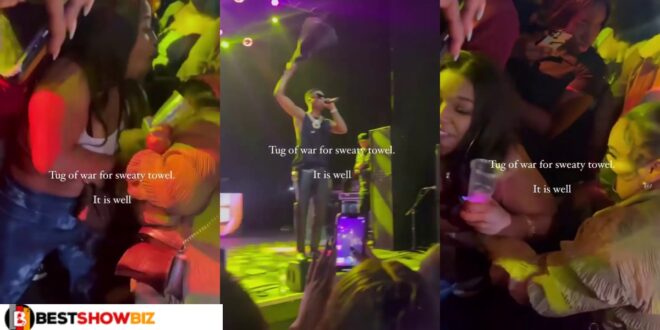 A video that is quickly going viral on social media shows three female Wizkid fans battling over who should take his towel.

Wizkid, who was performing at one of his concerts, was seen throwing his towel, which he was holding, into the air for one lucky fan, and when the towel dropped on the floor, numerous girls rushed to be the first to grab it.

The females were seen disputing in the video as they all claimed to have been the first to pick up, resulting in massive confusion and argument between them.

Many individuals who saw the video were shocked to see that people were fighting over a common towel that had been used by a human being and was saturated with sweat after his performance.