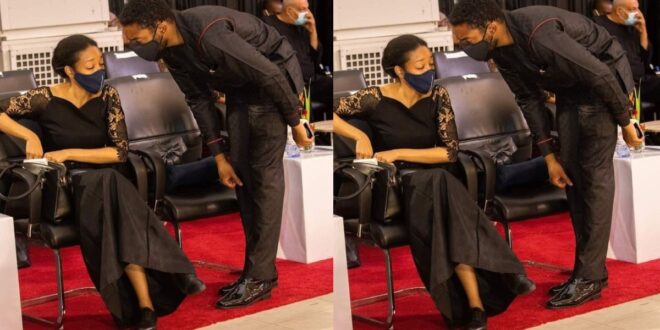 why zanetor and Kimathi Rawlings are trending on social media

The late former president Jerry John Rawlings has been laid to rest now with the final events of his burial taking place yesterday.

A picture of zanetor and her junior brother Kimathi is trending on social media, in the picture, Kimathi was seen bending down to tell his sister something that seems very important.

Social media users have taken the picture and have made a series of jokes about it, giving some humor to the sad situation that the country is in now.

see some meme that are circualting along with the picture below.