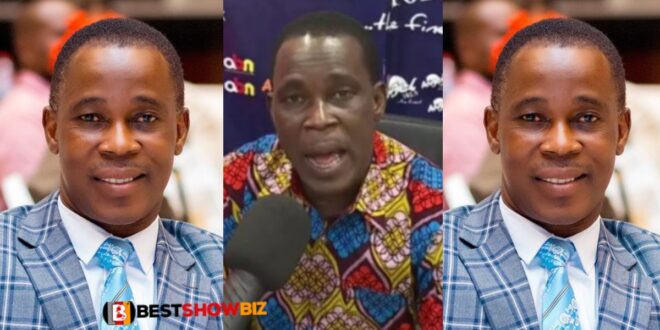 After nearly two decades with Peace FM, popular broadcaster and on-air personality Kojo Dickson has explained, why he quit.

Kwadwo Dickson, who currently works for Angel FM and serves as the General Manager of the Accra-based radio station, claimed something ‘pushed’ him to leave Peace FM in an interview with Stacey Amoateng on her Restoration show.

“I also returned to school to study communications and wished I was not repeating myself on certain topics. Kwadwo Dickson said, “I had an enlightenment and wished it could be applied where I was, but it was not manifesting no matter how I directed my focus.”

“Something happened in my 18th year that I cannot discuss. That was the driving force behind my decision. It was the pinnacle; I had no choice but to go,” he said, adding that his decision to leave Peace FM had nothing to do with money.

“While at Peace FM, I started small businesses and built a commercial recording studio,” he added. When I chose to quit, I intended to concentrate on that business and not return to radio. But somewhere along the way, I met the proprietor of Angel FM.”

Kwadwo Dickson says he has “no regrets” about quitting Peace FM and “probably will have no regrets” in the future, although he is thankful to his former bosses.

watch the video of his interview below;