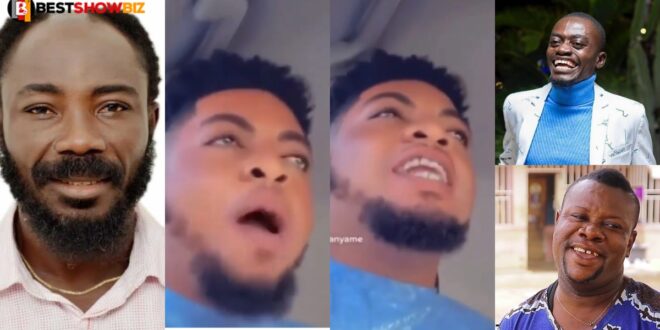 Okyeame Akwadaa Nyame, Lilwin’s personal representative, has spoken in on the controversy surrounding his boss.

Over the last few weeks, Big Akwes has been leveling insulting accusations about Lilwin.

Agya Koo was performing at the late Agya Manu’s funeral when the man accused Lilwin of disrespecting him and caused a commotion by claiming that Lilwin didn’t respect him.

Akwadaa Nyame, speaking in a video, questioned why the animosity towards Lilwin had grown to such an extreme level.

He expressed his dissatisfaction with this by stating that no one will live on this planet forever, and so they should put love first.

Lilwiin’s PRO has indicated that some of his coworkers have disliked him for approximately five years.

Meanwhile, he claims that individuals who fabricate false stories about Lilwin will be unable to stand the test of time if they are compensated with the same coin.

Watch his reaction in the video below.