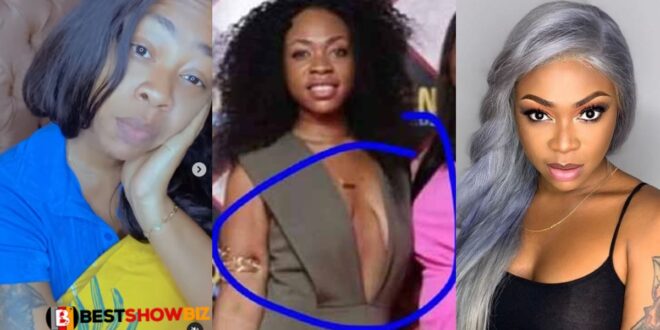 Shatta Michy, the ex-girlfriend of dancehall artist Shatta Wale, has wondered why manhood rises and falls, while boobs remain flat and never rise.

Michy stated that life is unfair to women as to why the boobs fall flat after all the sucking from men and babies, but manhood rises and falls, but will still rise in a new video.

The mother of one who was trolled after going under the knife to raise her fallen b00bs in 2017 said in the video that:

“Hmmm…I will never understand why life is so unfair [to women],”

Read Also  "Beverly Afaglo lied about her house burning, it was her mother's house, her properties are safe"- Netizen reveals
Share