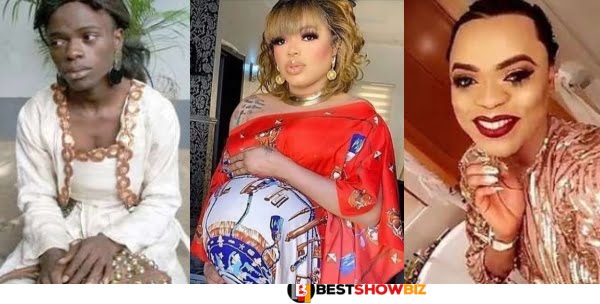 Who is His Husband? Reactions As Bobrisky Spotted Pregnant In New Photos

A fresh photo of Bobrisky, who appears to be pregnant, has surfaced on social media!

The snapshot appears to have been released by the prominent Nigerian transgender star as his latest attempt to complete his magical transformation from a man to a woman!

Bobrisky always claims to be able to do things that women can, even though we all know he can’t – he’s even claimed to have had a period in the past!

That’s physiologically impossible, but Bob would say anything for clout!

Read Also  "Before You Talk Rubbish About Me, Know Your Purpose In Life" - Bobrisky Tells Critics

One fan said: “Forcing Soo much to be a woman,”

Another said: “Anytime the spotlight shifts from her, shim most definitely will create something for people to talk about. Cloutino is shim’s middle name,”