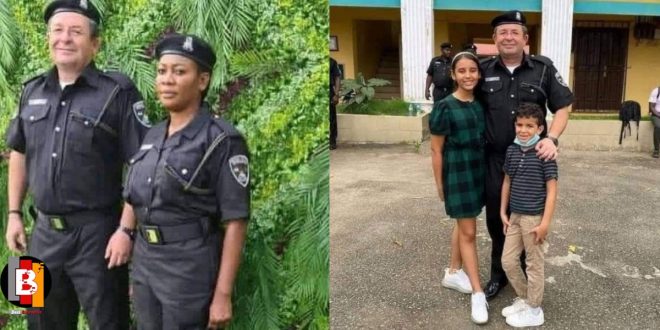 Photos of a white man in the Nigeria Police uniform has hit the internet and has sparked reactions from social media users as reports say he’s allegedly joined the force.

The yet to be named white man, according to sources, is a Nigerian citizen by naturalization after having been in the country for a long time and marrying a Nigerian.

He is reported to have welcomed two kids with his wife [a boy and a girl] and for the records, he is the first white man to join the Nigerian Police Force.

Photos of the man in police uniform were shared online, and many people, who found it unusual, took to the comment section to react.

Read Also  Gifty Anti and her Daughter looks so cute in this picture.