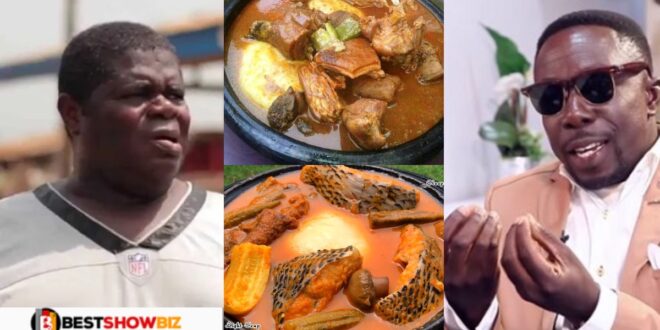 “When you meet TT eating, the quantity of meat on his food will shṑck you”- Mr Beautiful

Both actors have enchanted Ghanaians on television. Mr Beautiful and veteran actor Psalm Adjeteyfio have recently been in the spotlight for unclear reasons.

Mr Beautiful revealed that the funds were supplied to Ghanaian veteran actor Psalm Adjeteyfio because he claimed to own land in Dodowa and required funds to build a house on it.

Mr Beautiful claimed he couldn’t sympathize with the seasoned actor after so many offers of help. Ghanaians may recall that Vice President Mahamadu Bawumia backed him (Psalm Adjeteyfio) with GH50,000.00. Henry Quartey, the Greater Accra Regional Minister, also offered Psalm Adjeteyfio a portion of his income.