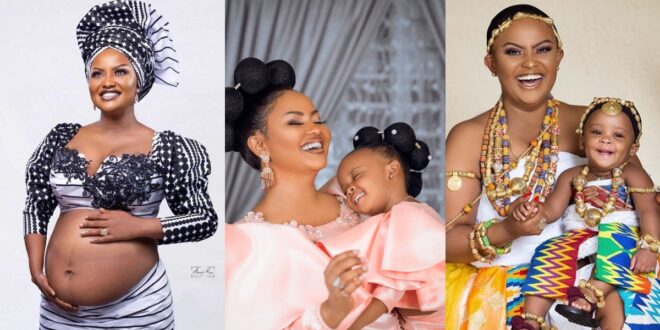 “When I see my daughter sleeping, I can’t believe I gave birth”- Nana Ama Mcbrown

Nana Ama Mcbrown, a Ghanaian actress and TV host, has admitted that she still can’t believe she’s a mother.

Nana Ama Mcbrown said in an interview with Naa Ashorkor on Asaase Radio that she had thoughts of not giving birth at times.

Nana Ama Mcbrown, on the other hand, claimed that she has always assumed that she would give birth at the age of 60.

According to her, there are several avenues for a woman to get pregnant in today’s world.

During the interview, she announced that she had undergone IVF, which involves removing an egg from a woman’s ovaries and fertilizing it with sperm in a laboratory.

She also admitted that she really doesn’t believe she has given birth when she sees her daughter, Maxin, sleeping.