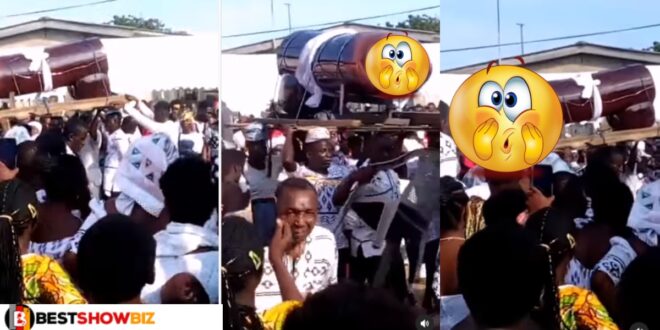 What work was she doing?? Lady Buried In A pḕn!s Shaped Coffin (Video)

A bizarre video depicted a scene in which a dead woman was buried in a coffin-shaped like a d1ck.

The video, which quickly went viral, showed the woman, who is said to be a mother of ten children, is buried in what appears to be a man’s p3nis while her family cried and mourned her death.

The mother of ten children, all of whom are for different men, was said to be celebrated in the Ga community for being able to have s3x with different men.

In the case of the deceased, who was buried in a p3nis-shaped coffin, I’m guessing she had a lot of d!ck when she was alive.