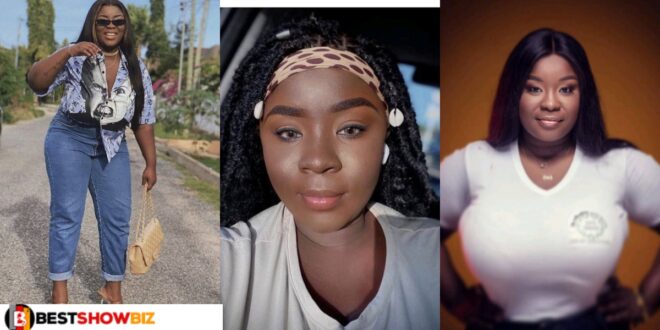 What is Maame Serwaa going through – See her current photos

Clara Benson, widely known as Maame Serwaa, used to have a slim figure, but she has been gaining weight for a few years now, which has sparked a lot of interest from Ghanaians.

Her perseverance and confidence in the film industry have earned her a number of awards.

A lot of people have been worried about how Maame Serwaa will look in the future because she has been accused of being pointlessly overweight at some point in the past.