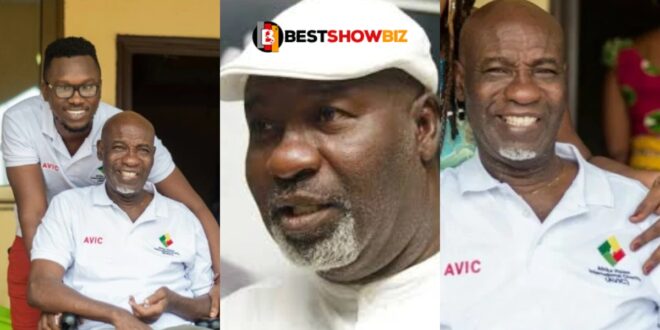 What has happened to Emmanuel Armah – Check out new updates

Emmanuel Armah, a well-known and respected veteran actor, was reported to be suffering from a stroke in August of 2020.

Several reports have stated that the veteran actor has received visits from some of the most prominent figures in the entertainment industry. However, we have gone further in our investigation to find out what is happening to actor Emmanuel Armah.

Even though it is obvious that the majority of readers will be in a shivering state prior to reading the content, recent developments regarding veteran actor, Emmanuel Armah, are encouraging. It has been confirmed that the actor is currently putting himself back together.

Moreover, unlike late last year, when his case was made public and he was in a very sad state, he is now making progress in terms of his physical well-being.

Many of his fans, as well as Ghanaians, were concerned that he would die of illness.

However, the veteran actor, Emmanuel Armah, is currently in good health, according to what has been heard about him.

see his photos below;