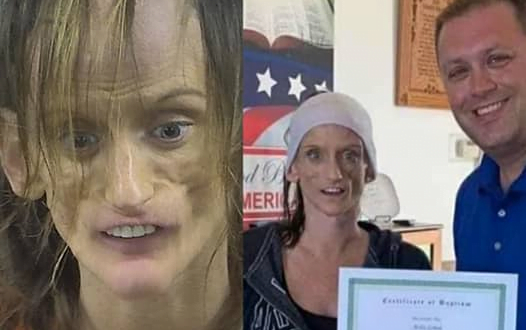 What happened to Misty Loman? All the facts about her story.

Who is Misty Loman?

Misty Loman, a meth addict who had been arrested for drug use, was photographed. The sheriff distributed the photos in an effort to keep others from consuming meth. Misty has since vanished from public view.

What happened to Misty Loman?

Misty Loman went viral in 2019 after Wisconsin Sheriff Adam Bieber posted some of her mugshots to warn people, particularly young people, about the dangers of methamphetamine use.

When the photos were released, some internet users went to investigate the reason for her change in appearance. They discovered that she had bone cancer, lupus, and scleroderma prior to her arrests and drug addiction. A medical condition that necessitated chemotherapy and other strenuous medical procedures. They chastised the sheriff for using her as an anti-meth advocate.

Not only that, but prior to the release of Misty’s photos, she had been arrested 15 times for drug use and other offenses. It was never reported that she once arrived at a court for her hearing high on drugs, only to be re-arrested.

Read Also  Everything about Marcelene Dyer, (husband, Bio, net worth)

As of October 15, 2020, Misty Loman had been sober for 14 months. Misty Loman is doing well these days. Many people expected to see Misty Loman’s obituary, but she is still alive and well.

Misty Dawn Loman was born in the Kentucky town of Bowling Green. She is, however, married to Gary Glass Jr. It is unknown if the two are still together. Her two sons, Corey and Jacob, appear to be very close to their mother.

Where is Misty Loman Now?

Misty is quickly recovering, thanks to her supporters. She has received the assistance she required. Many people reached out to help her after seeing her photos, and a GoFundMe account was set up for her.

Misty has also given her life to Christ and is a regular witness in church.