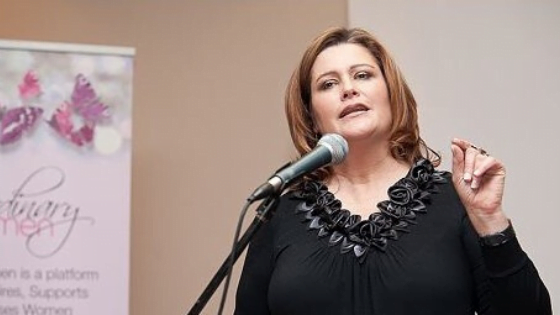 Alison Botha wiki (Who is she?)

Alison Botha is a woman from South Africa who was raped, kidnapped, and subjected to other forms of violence in the year 1994. In spite of having to endure such a terrifying ordeal, she was able to pull through and is still with us today.

She was born on September 22nd, 1967 in the city of Port Elizabeth, in the country of South Africa. Botha’s parents had a divorce when she was 10 years old, and she ended up spending the most of her youth living with her mother and her brother.

What happened to Alison Botha?

Alison Botha, a young woman of 27 at the time, was having a typical night out on the beach with her friends on the 8th of December, 1994. She volunteered to give her buddy Kim a ride home at the end of the night. She parked her car as she returned to her apartment. That was the moment when her worst fears were realized.

Alison grabbed a bag of clean clothes from the passenger seat of her car. She saw that the driver’s door had been opened and a guy with a knife was standing next to her.

The guy (whose real name was Frans du Toit) jumped in the driver’s seat, shifted into drive, and stomped the accelerator. Clinton he said is his name, adding, “I don’t want to hurt you. I need to borrow your vehicle for an hour”. He drove to another area of the city and picked up his friend, Theuns Kruger. The men then transported Alison to an isolated location outside the city. They told Alison Botha that they were going to rape her.

After they had raped her, the two men decided to kill her. Alison Botha was suffocated, but she kept on living even after she lost consciousness. Despite their history of violence towards women, Du Toit and Kruger escalated their aggression in an attempt to kill Botha. Botha was stabbed thirty times in the stomach before her throat was slit. When the two men were sure she was dead, they got back in Alison’s car and drove away, leaving her body on the ground. On the other hand, Alison was still alive.

Alison managed to crawl to the highway, where he was discovered by a veterinary student driving the same road, Tiaan Eilerd. Eilerd utilized his veterinary expertise to help Alison, and then he contacted emergency personnel. Throughout the following months, Alison was able to recover from her severe injuries.

What happened to Allison Botha’s attackers?

While still in the hospital, Alison furnished the police with information on her assailants. She was able to recognize Du Toit and Kruger from the photographs that the police showed her.

After Alison recognized them, the authorities moved fast to arrest them. The evil duo were dubbed the “Ripper Rapists” by the press, and the story was covered by media outlets all over Africa. Both suspects pleaded guilty to eight separate offenses, including kidnapping, rape, and attempted murder, over the course of the investigation. Both of them were found guilty in August of 1995 and given sentences that included life in prison.

Alison is happily married to Tienie Botha since February 1997. the duo met at a friend’s residence one year after her attack. Alison Botha’s husband has been a steady assistance in all of her endeavors, and he must have also aided in her recovery.

On November 13, 2003, the couple welcomed a boy whom they called Daniel Botha, and two years later, in November 2006, they welcomed a second son named Matthew Botha.

Alison has been able to recover and continue to have a wonderful life with her family in spite of the terrible event that she went through.

What Happened to Allison Botha After Her Attack?

Quickly after, Alison Botha set out to tell her story in over 35 different countries. She became one of the first South African women to speak out publicly about her experience with rape, both in her native country and internationally.

Botha was honored as a “Woman of Courage” by Femina magazine and the recipient of the Rotarian Paul Harris Award for “Courage Beyond the Norm” in 1995. Alison has never stopped using her story to help, encourage, and inspire others. In 2016, her survival story was brought to life in the movie Alison.