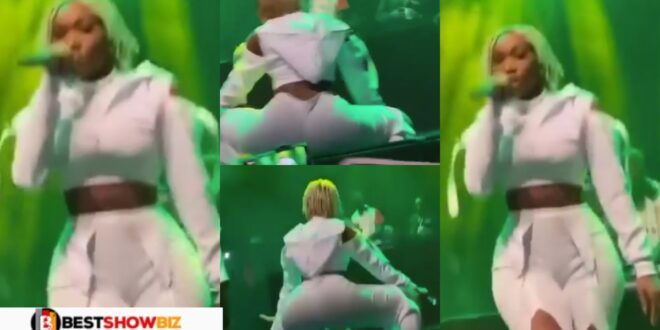 By releasing her several bangers one after the other, the award-winning diva hooked the audience, who were already pumped up, from the start.

According to the videos that have surfaced online, the auditorium was rather pumped up when Wendy Shay took the stage and began her performance.

Wendy Shay chose to show off her tw3rking abilities while performing, which made things even more [email protected] and hilarious.

The gathering admirers couldn’t get enough of her massive bakka, as they could be seen and heard jubilantly wilding as she did the whining and shaking of the bakka.