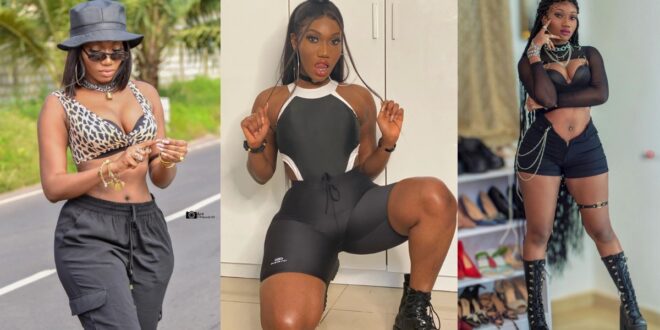 Wendy Shay has put on a free show for Ghanaians in her new photos to prove that she is beautiful and curvy.

After his father’s death, she lived in Ghana for a few years. She and her three brothers moved to Stuttgart, Germany.

Morning Star School and St. Martins De Porres in Accra is where she began her early childhood education.

She began her music career as a musician and then became a nurse.

Wendy Shay was signed to Ruff Town Records, one of Ghana’s largest record labels, by CEO Bullet, who is also a singer and now manager in the Ghanaian music industry.

Read Also  "Am Not Ready For Marriage, Am Busy Searching For Money" - Wendy Shay Warns Big Men To Leave Her Alone

He is now the Youth Employment Agency’s brand ambassador (YEA).

She has received several awards both domestically and globally during her career.

The stunning musician has once again wowed her fans with her free show curves and huge backside.