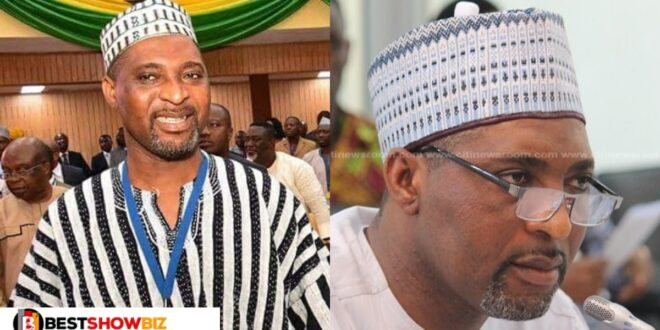 “we’ll shut down your embassies in Ghana if you deny us visa because of LGBTQ”-Hon. Mubarak Muntaka to foreign countries

The Minority Chief Whip, Mohammed Muntaka Mubarak, has warned that his colleagues will oppose any foreign mission that tries to link support for the anti-LGBTQ+ Bill to visas.

He said Parliament will utilize all means available to it, including diplomatic retribution, to guarantee no member is silenced during discussion and voting on the bill.

Some worry that nations that support homosexual rights may use threats of denial of visas to influence the bill’s approval.

“We will fight tooth and nail if one country or embassy denies our members the opportunity to travel, visit, or attend meetings. Clearly, we will retaliate. If we know the American Embassy is doing this on purpose, their business will not be heard in Parliament. If any government deal involves an American firm, you can bet we will rally around it and not approve it.”

The Proper Sexual Human Rights and Ghanaians Family Values Bill is sponsored by eight MPs, seven of whom are from the Minority.

The law has sparked significant debate, with individuals expressing differing opinions on some provisions.

However, following intense debates and pressure on the House to pass the law, there have been rumors that foreign members of the community may deny privileges to MPs who support it.

Many individuals and organizations have sent memoranda in favor of the bill.

They claim in the memorandum that the Bill is an “unlawful invasion of human dignity.”

They further contended that passing the Bill will undermine Ghana’s constitution and democracy.