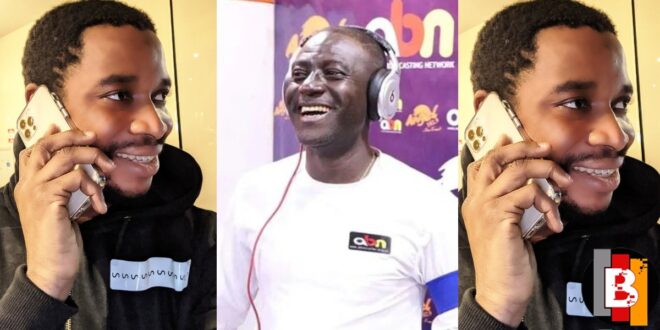 Captain Smart, the suspended Angel FM host, has teamed up with Twene Jonas to criticize several chiefs and leaders over galamsey.

Do not forget that Twene Jonas drew the ire of certain Kumasi traditional authorities after allegedly attacking Otumfuo.

Following that, the rants of Twene Jonas, a Ghanaian vlogger located in the United States, became the topic of conversation.

Captain Smart, on the other hand, has lent his support to Twene Jonas. Captain Smart went heavy on several chiefs and the country’s leaders in one of his broadcasts, according to footage collected by our team.

People are attempting to paint Twene Jonas dark in the eyes of Asantehene, he claims. People are working at the Minerals Commission in Accra, he claimed, and they are giving licenses to people to practice galamsey, which is damaging the water bodies.

Captain Smart went on to say that when they insulted those who granted the license, they become angry.

He went on to warn that they will continue to insult individuals.

watch TO THE VIDEO BELOW: