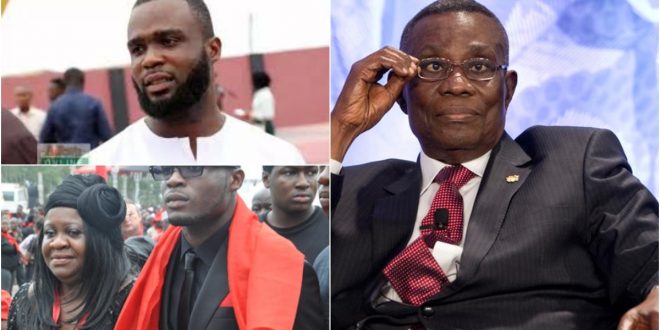 The son of the late former president, the only president to have died on his seat during this 4th republic of Ghana, Professor John Evans Atta Mills has revealed that up till now they do not know what killed his father as the 37-military hospital failed to deliver them an autopsy report.

The death of Professor John Evans Atta Mills came as a shock to all the people of Ghana as he was not admitted before he passed. Following his death there arose controversies on what might have caused his death but gradually, all died out since they were no prove.

Read Also  Love Is Sweet! Reverend Obofour And Wife Teases Each Other With Kiss In Latest Video - Watch

It is quite strange that the Sam Kofi Mills also suspects some “strange” circumstances surrounding his father’s demise. To him, he can not fathom his father’s death as on that fateful day, he and his dad spoke and ate together only to hear in a few hours he is dead.

In a recent Interview with Kafui Dey, Sam Kofi Mills revealed that the Criminal Investigations Department (CID) is investigating the death of the former President following a request made by the Bono Regional Chairman of the New Patriotic Party Kwame Baffoe Abronye.