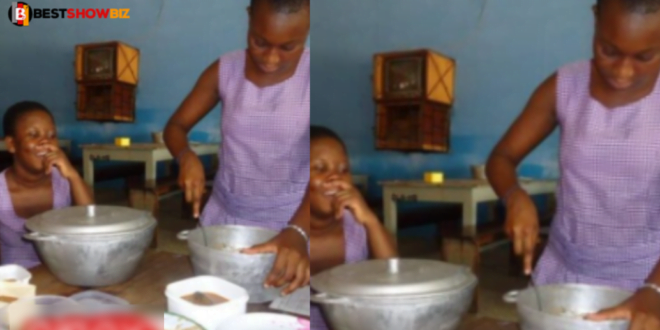 A student at Kumasi Girls Senior High School bemoaned the lack of food on school for several weeks.

The Student said that Kumasi Girls students protested Monday due to a lack of food on campus and wanted to go home for supplies.

She said that students bring their own bread and sugar to the dining hall for breakfast. She revealed this to Francis Abban of Starr FM’s ‘Morning Starr’ broadcast.

Interestingly, she stated that the school’s SHS 1 and 2 pupils are typically provided leftovers.

Read Also  "The bullion van robber was my friend in Mamobi, he was the youngest richest in my hood"- a friend of robber speaks

The students reportedly protested after the Ghana Education Service (GES) refused to grant them a mid-term break due to an increase in COVID-19 cases.