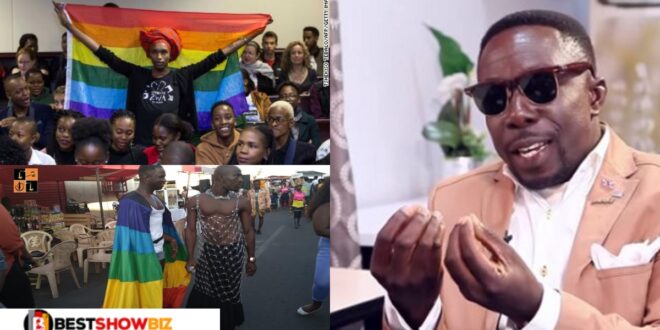 “We should all leave the LGBT people alone to enjoy themselves”- Mr. Beautiful

Ghanaian actor Clement Bonney, often known as Mr. Beautiful in the film industry, has given his voice to the country’s current LGBTQ+ homosexual discussion.

During an interview with Sammy Kay, the actor argued that persons who engage in homosexual acts should be allowed because it is their decision.

Mr. Beautiful, who is not gay, believes that members of parliament who are trying to enact an anti-gay law are infringing on the rights of the people.

He went on to say that while God made man to have s3x with the opposite s3x, which is the proper thing to do if someone feels compelled to do the reverse, it is their decision and should be accepted.