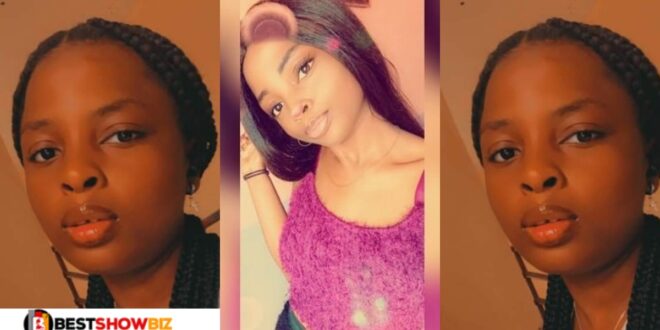 A Nigerian woman is heartbroken after her five-year boyfriend dumped her for another woman, whom he plans to marry just six months after they met.

Debby, a young woman, claims that her man painfully cut ties with her for no obvious cause in order to marry a woman he met not long ago.

She revealed that her ex is now set to marry the woman he has known for less than a year while lamenting the situation.

”My boyfriend of 5years is marrying someone he met just 6 months ago, I don’t understand”

@TruekingT; Go to the new lady and ask her what she did to achieve this feet. May be that will help u know how to deal with the next man that would come into your life again.

@chiefenoch; Note to to ladies: when the dating started ask the guy are we dating to marry or as bf gf only? If answer is former then ask “what’s your timeline for the wedding” if d answer is vague or more than 24 months. Meeeeuuuve or Know that you’re on a luck thing!

@3rdWave8; Very true. A guy who wants to marry you makes his intentions known from the start. You may not even need to ask.

@KatumbaRobben; Two years are enough for me to date aman, if he doesn’t settle with me I move on. The more you cohabit, the more he looses guts of marrying you

@lungani_ndumiso; Then you’ll be moving for the rest of your life because marriage is a life long commitment which clearly you are not up to. Being with someone only because you are getting what you want is a red flag

@GracyOloitaa; Men know where there heart belongs, it’s not even about you… It has nothing to do with you!! I just hope you find the courage to move on and live your life to the fullest, the right man will come.