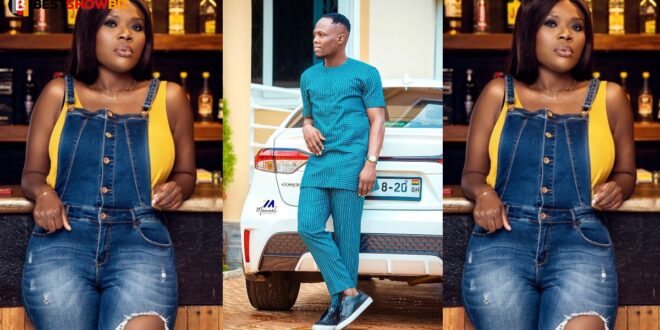 Former Black Stars midfield Emmanuel Agyemang-Badu has denied reports that has it that he is dating the television host Deloris Frimpong Manso (Delay). According to Agyeman-Badu, they had fun together as friends but never as a couple.

The international footballer conducted a lengthy chat with Sammy Kay media’s Samuel Kumah where he was questioned about accusations that led to dating the renowned TV show host (Delay).

He categorically disputed the charge. Agyeman Badu stated that he had a wonderful friendship with Delay but that there was no romance involved. as stated by Badu, the two met around a decade ago when Delay approached him for an interview on her show. They remained in touch and became good friends following the interview.

According to Agyeman Badu, their tight relationship resulted in them trading cars at one time; recounting how he once needed to return home to the Brong Ahafo region when his car broke down, so he borrowed Delay’s car and she took his after it was repaired.

Agyeman-Badu stated that he believes Delay driving around in his customized automobile is the source of the rumors.

watch the video below to know more;