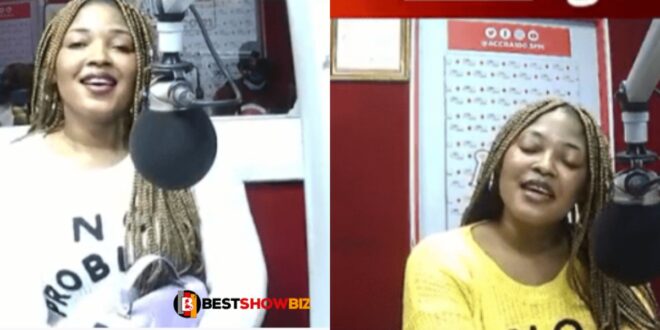 L and B, a Ghanaian twins, have announced that they have decided to marry one man in a somewhat startling manner.

They made this very astounding assertion while appearing as guests on Nana Romeo’s mid-morning show on Accra FM.

They claim that they are now unmarried because they have yet to meet the right man who is willing to officially marry both of them.

When questioned by the host where they had heard or seen such a thing happen before, L and B instantly responded that it happens all the time but that it seldom makes the news for people to know about it, and that they had recently witnessed such a thing happen in Nigeria.

The identical twins also stated that any man interested in marrying both of them must be financially equipped as well as God-fearing.

Below is a video of the time they made this announcement.