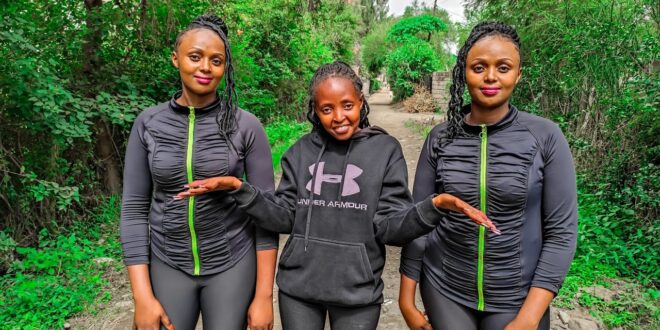 “We are looking for a man to marry both of us, we cannot be separated”- beautiful twin ladies reveal (video)

Shiru and Shiku, twin sisters, have left the internet in a tizzy after making their marital plans and terms public.

They claim that they are willing to marry just like any other woman, but that they have their own set of requirements.

Shiru and Shiku, both 45 years old, believe that because they are identical, nothing can separate them.

They say that they want to be together forever and that no one, not even a man, can force them to live separate lives.

The attractive girls revealed in an interview with Mungai Eve that they would marry if and only if the man is willing to marry both of them.

So far, it appears that they have not been able to find somebody to do the honors.