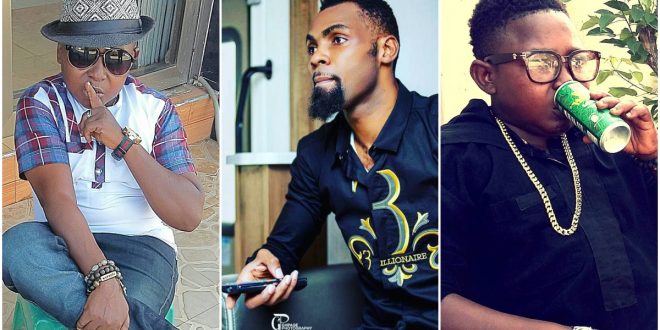 “Wayoosi ‘s Mother Died As A Result of the Car Gift Rev. Obofour Gave To Him” – Demon Breaker Reveals (Video)

Self-acclaimed Prophet Michael Adu popularly known as Demon Breaker who a few days ago dropped the list of Fake pastors in Ghana has once again made up some damning revelation about Rev. Obofour and actor Wayoosi.

according to Demon Breaker, Wayoosi’s mother died as a result of the car Rev. Obofour gave to him as a gift.

Demon Breaker revealed that there is no way that the so-called man of God will gift you something without nothing as exchange.

Demon Breaker in his interview on Net2 TV claimed when these pastors give their members a gift, they in return takes sacrifice from them spiritually.

when he was asked how come he came out with such revelation about the death of Wayoosi’s mother, Demon Breaker said;

“the family of Wayoosi did their personal search into the death and found out it was as a result of the gift her son received.”