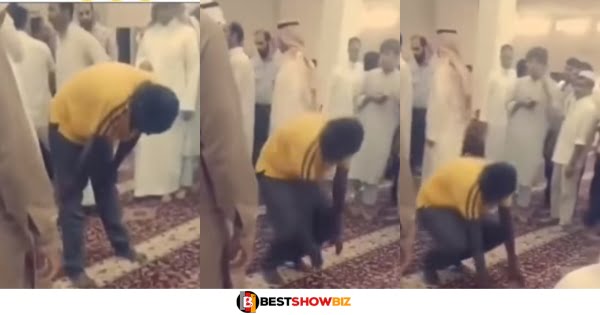 The Muslim brothers and sisters who nabbed an unknown robber who attempted to loot a mosque have dealt with him severely.

The burglar went to the mosque to carry out his scheme during Jummah prayers but was unfortunate in that he was caught and severely punished.

We have a video that shows the thief being compelled to pray constantly.

The thief will be turned over to the police after he was done with the prayers, according to a social media user who published the video on the platform.