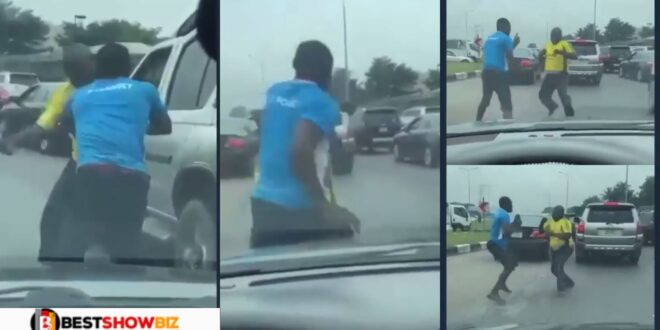 A viral video depicted moments when two drivers were spotted fighting on the main roadway.

The two drivers were spotted fighting with their fists after one of them was reported to have crossed the other driver’s car, prompting him to come out of his car to assault the other driver.

Though the exact cause of the conflict is unknown, the two drivers could not stop fighting, even when the traffic light turned green for them to relocate their cars.

Netizens who saw the video raised concern over how two grown guys could be fighting on a prominent road when cars are supposed to be passing.