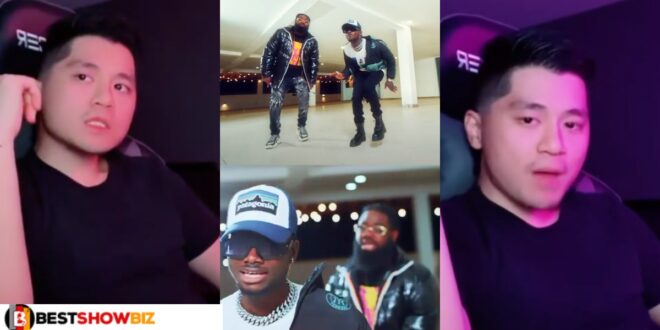 A Korean TikToker who is fascinated with Ghanaian music has performed Captain Planet and Kuami Eugene’s new song “Abodie” word for word.

In a TikTok video, Ijaayi, as his account is titled, is seen sitting in a chair, comfortable, and singing the ‘Abodie’ song word for word.

Captain Planet has sung Kuami Eugene’s praises following the success of his song ‘Abodie,’ which is still receiving a lot of airplay.

In a recent interview, Hammer Nti said that Kuami Eugene refused to accept 75 percent of the entire money for their ‘Abode3’ song, on which they both collaborated and worked, despite the fact that he did most of the production work.

“Kuami Eugene was meant to take 50% of the entire revenue of the song, 25% for his lyrics on it, but he declined and offered for us to split the revenue evenly.”