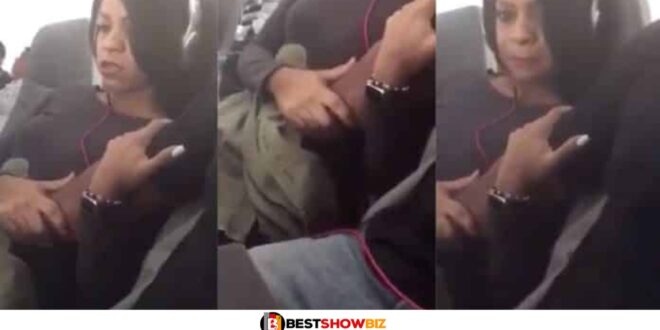 Watch video of a man f!nger!ng his girlfriend while on a plane flight (video)

The man’s hand was spotted in between his partner’s legs, which were covered in style by a dress. Midway through the act, the woman gave quiet m*anings and clung to her man’s hand.

Oma Michael, a Facebook user, posted the video with the caption:

If you don’t gerrit , forgerabourit….Olololololooooooo!!