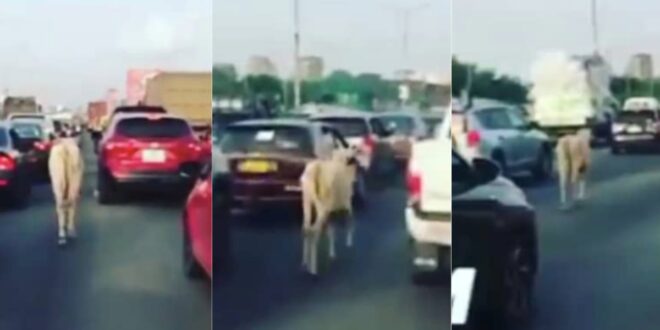 Twene Jonas was correct when he said that the system is NOT working in Africa, particularly Ghana, based on the content of this article.

A video obtained by bestshowbiz.com shows a cow running alongside vehicles in the middle of the lane as if it were already an automobile.

The aforementioned footage of the cow battling with cars and bikes on the road took place between the Fiesta Royal Hotel and the Hotel Waawa.

This district, between the Fiesta Royal Hotel and the Hotel Waawa, is regarded as one of the most prestigious in the national capital because it is home to many large institutions and luxury hotels in the region.

watch the said video below;