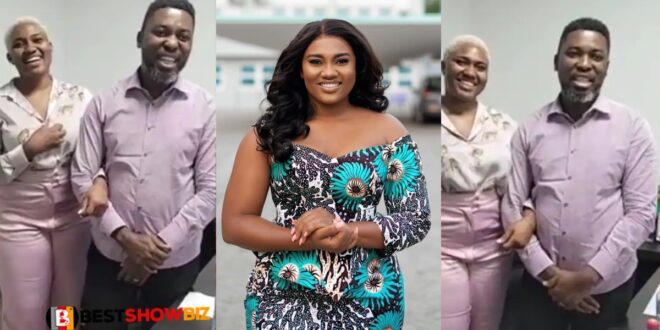 Abena Korkor and Kwame A-Plus have finally met after their recent beef on social media.

The two ‘talkatives’ have finally buried the hatchet following their internet feud in which they spat insults over certain accusations.

A-Plus stated in a new video that Abena Korkor had gone to his office to discuss the situation.

Abena came in to apologize to A-Plus for her comments and how she reacted to his internet trolls, according to A-Plus.

A-Plus further stated that he has also retracted his remarks against Abena and has apologized for his harsh words.

Abena Korkor and A-Plus were spotted shaking hands and said they wanted to work together to prevent a repeat of the incident.

Read Also  "Nobody Can Kill Me, I Will Kill Myself When Am Upset And Fedup" - Kwame A-Plus Claims

Abena came to A-Plus to ask for his help in apologizing to everyone she listed in her video, according to him.

The two stated that their meeting was not a joke or a game.