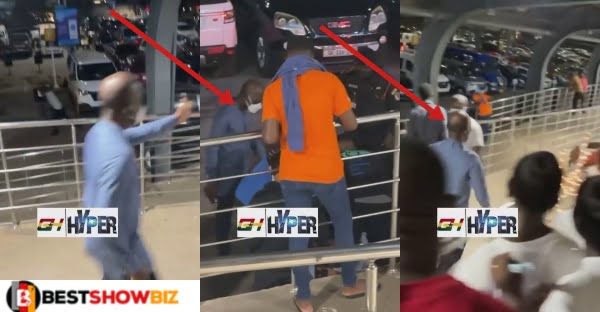 Watch The Moments IGP, Dampare Saved A Woman’s Life At The Airport (Video)

According to reports, Dr. George Akuffo Dampare, the Inspector-General of Police, is credited with saving the life of a woman at the airport when he went there to meet with his family who had returned from a trip overseas.

According to accounts, the woman, who has not been identified, was waiting for her family at the airport when she fell accidentally while waiting for them.

Fortunately for her, the IGP, Dr. Dampare, and a few other individuals were present to help her regain consciousness.

The video records the moment IGP runs to the aid of the woman, along with a few police officers and a few bystanders, in order to resuscitate her.