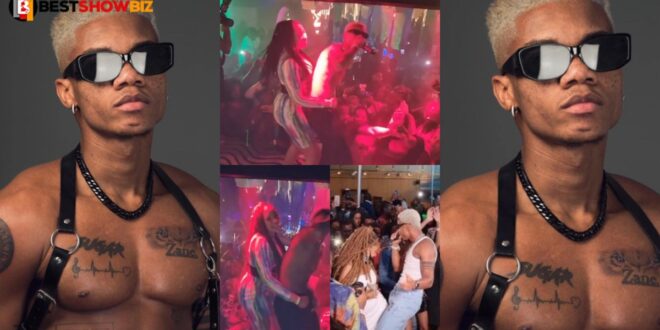 Dennis Dwamena, better known by his stage name Kidi, a multi-award-winning Ghanaian musician, has been caught in a video singing to a segment of his fan base in Kenya.

Kidi was singing on stage when a female fan came onto the platform to dance, according to a video we sighted.

The lady dashed to the side of the singer, who was bare-chested, and began passionately dancing with him.

She was seen in the video swiping back and forth across the waist of the Say Cheese singer.

The actions of the unidentified lady caused even more ecstasy from the audience, who joined in the bliss and shouted their heads off while grooving to the music.