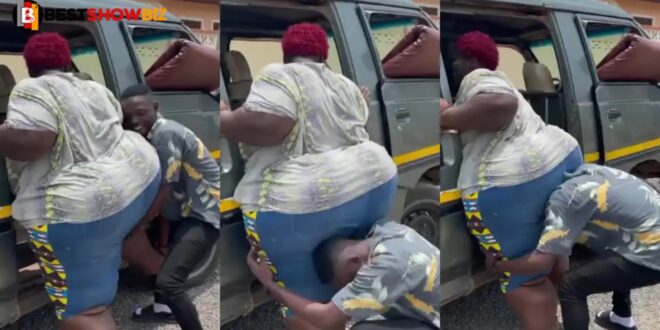 PM Reigns was seen standing in front of an open commercial bus, known locally as a “trotro,” in a video sighted.

She was battling to get on the bus when comedian Waris rushed to her assistance.

Comedian Waris was seen laboring to help PM board the trotro by raising her feet and placing them on the car’s foot landing.

The comedian was seen at one point attempting to carry PM Reigns on his head so she could board the trotro, but it looked like his energy was insufficient.