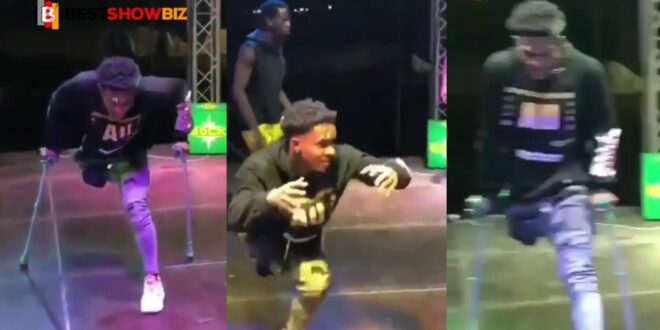 Many people were surprised when an amputee dancer took away his crutches and delighted spectators with bizarre dancing moves.

The unidentified man, who had one of his legs amputated, did not let the situation stop him from doing his crazy dancing moves.

While a French song played in the background, this man stormed the stage, let go of his crutches, and gave the audience an unforgettable performance.

The acrobatic skills and wild dancing antics of the man were insane, especially because everyone assumed his circumstances would prevent him from grooving so well.