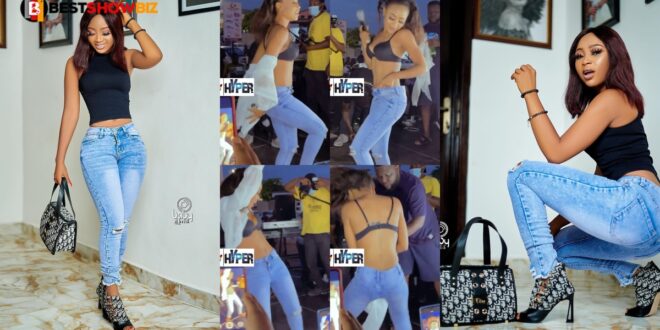 ‘Akuapem Poloo’ actress Rosemond Alade Brown has been seen in a new video dancing crazily in front of a crowd at an evening function.

In a pair of trousers and a long-sleeved shirt, the actress looked to have been assigned the duty of entertaining the audience.

She could be seen on the video dancing wildly, much to the delight of the audience members who had gathered to see the performance.

The actress started taking off her top once she had unbuttoned it all of a sudden.

When Akuapem Poloo was able to remove her shirt and go on a wild dancing spree with the assistance of a man on stage, she received roaring applause from the audience.