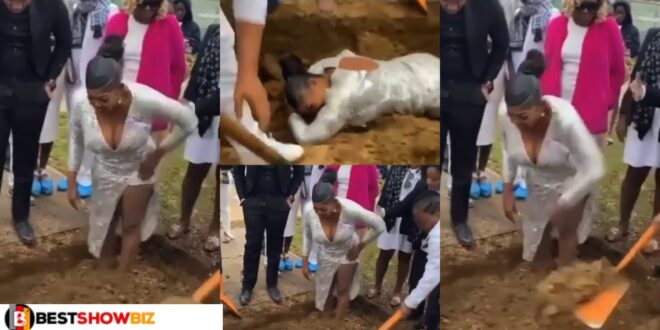 A very sad video depicted a moment when a mother who had lost her child made everyone cry after she refused to get up from her child’s grave.

The woman, whose identity has not been revealed, was seen crying relentlessly after her child, who had died, was placed in the ground and covered with sand.

The mother, unable to bear the agony of leaving her daughter alone in the ground, collapsed on the grave and sobbed her heart out.

Netizens who saw the video expressed their sorrow and sent their condolences to the mother for the loss of her daughter, whom she adored.