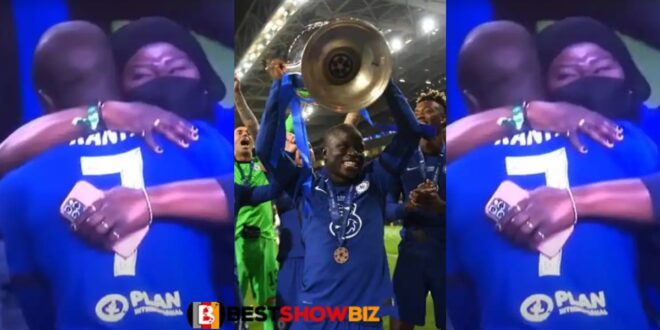 Chelsea midfielder Ngolo Kante’s mother stormed the pitch in a video seen by Bestshowbiz.com to hug her son for making her proud.

The French international was named the best player of the match, and his team was crowned European champions.

Ngolo Kante’s mother was spotted hugging her son on the ground after the final whistle, which saw Chelsea edge City by a lone goal.