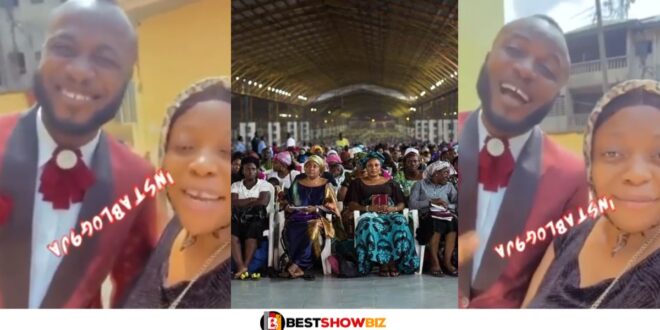 Because of his looks, a Nigerian guy who was meant to fulfill the position of best man at his best friend’s wedding was asked to leave the church auditorium.

The young man, who was nicely dressed in a snazzy suit for the event, was caught outside the church as a female friend detailed what happened in a video that is quickly gathering traction online.

According to the lady, the man was fired by the Pastor of the Redeemed Christian Church of God in Aba, Abia State, Nigeria, because of his beard.

He confirmed what the lady reported by laughing and said that such a thing had never occurred to him before.

Perhaps, in the following days, the church will issue an official statement explaining what really transpired.