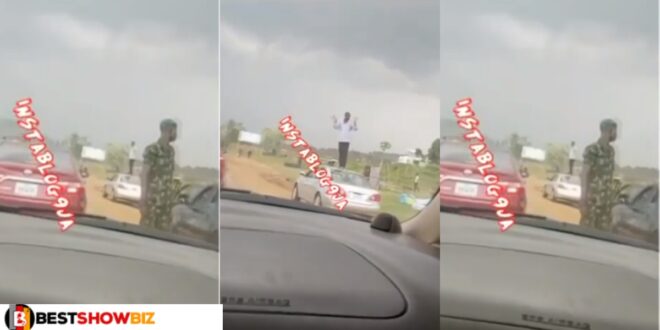 A viral social media video shows a man who was accused of violating traffic laws being forced to stand on top of his car and wave at passing cars.

According to sources, the driver of the Toyota Corolla, who was unaware that there were soldiers on the road, opted to run utilizing a double lane until he encountered the soldier controlling the traffic.

Instead of arresting him for breaking the laws, the soldier made him stand on his car and wave goodbye to every driver who passed by.

A passing motorist noticed the young man and decided to record a video, which has already gone viral when he shared it on social media.