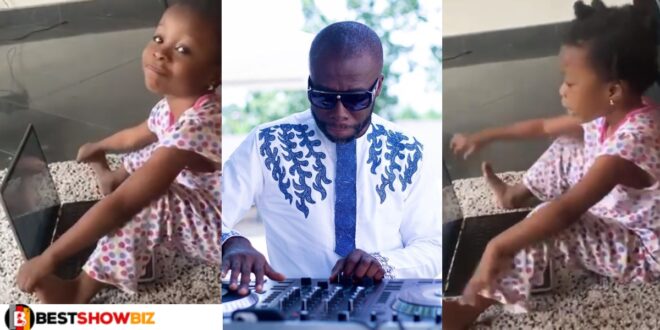 Andy Dosty shared a video of his little girl asking if it’s appropriate for him to say that it’s a generational thing that his daughter is also attempting to be a DJ and presenter by mimicking him in the video.

We guess he’s right, because his daughter did very well with her presentation, and she tried slanging just like her father does, even though it wasn’t exactly like he does, but she did her best, and we guess it’s a generational thing.

Netizens who saw the video were amazed at how the young girl was effortlessly mimicking her father, and they tried to give her a DJ name at the request of her father, Andy Dosty.