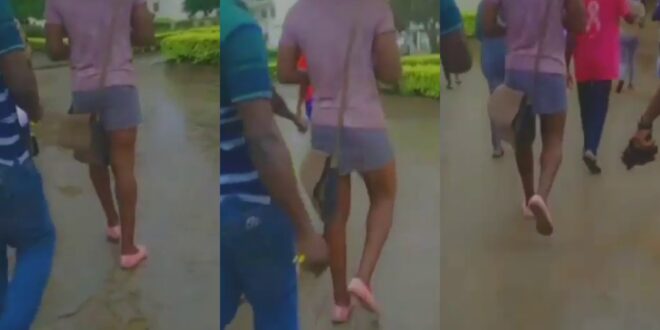 Homosexuality is a delicate problem on the African continent because it goes against African conventions, traditions, and beliefs, hence it’s seen as repulsive and caused by demons.

As a result, homosexuality is not discussed openly in African households.

A video posted online, caught a moment when a gay student at the University of Cape Coast was photographed writing his final assignment while wearing a skirt.

Today is the last day for UCC students to write their final test before moving on to the second semester of their academic year. And this student, who is thought to be gay, was photographed in a ladies skirt while waiting to write the final assignment.